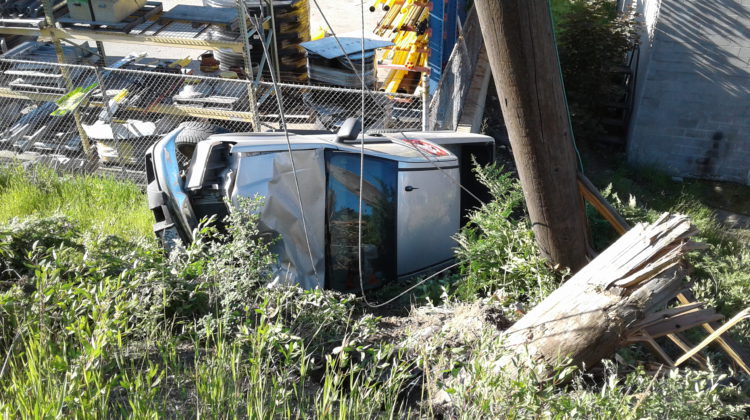 Both Trail and Greater District RCMP and West Kootenay Traffic Services were pulled into an investigation regarding the crash that thankfully left no one injured.

Police report that a grey 2008 GMC Canyon pickup truck leapt over a cement barricade, and then crashed into a hydro pole containing live power lines.

Before the incident Frontline Trail RCMP said they received a report of an erratic driver while on patrol. The complainant told them the vehicle was possibly being operated by an impaired driver.

“Trail and Greater District RCMP entered into a drug impaired driving investigation at the crash scene, supported by West Kootenay Traffic Services based out of Nelson BC. The investigation remains ongoing at this time,” Sgt. Mike Wicentowich said in his June 19 report.

While repair crews replaced the broken power pole, power was shut off for roughly an hour.

Police ask anyone who may have witnessed the collision or the driving behaviour of the vehicle prior to the crash,  contact the Trail and Greater District RCMP at 250-364-2566. 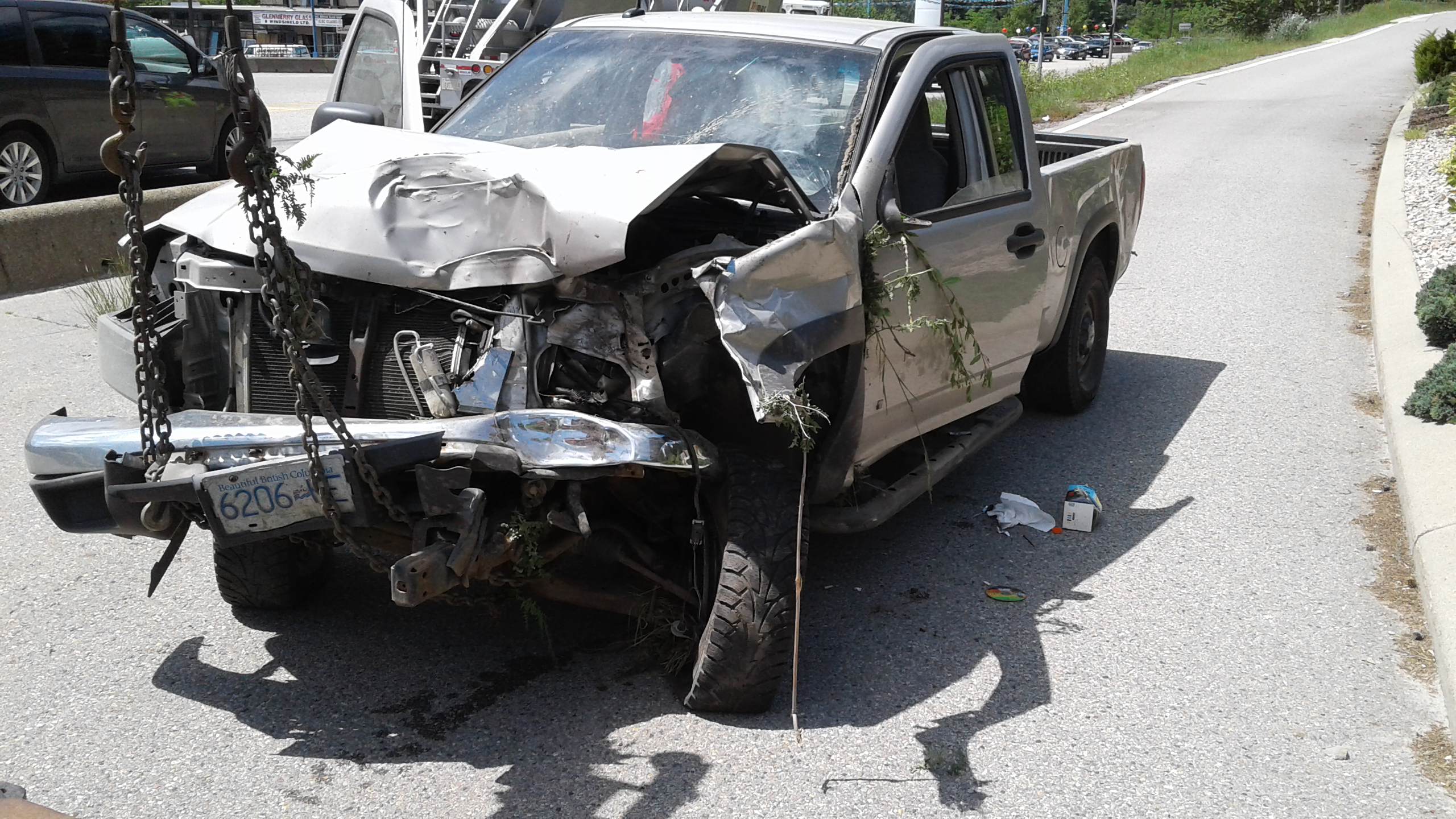