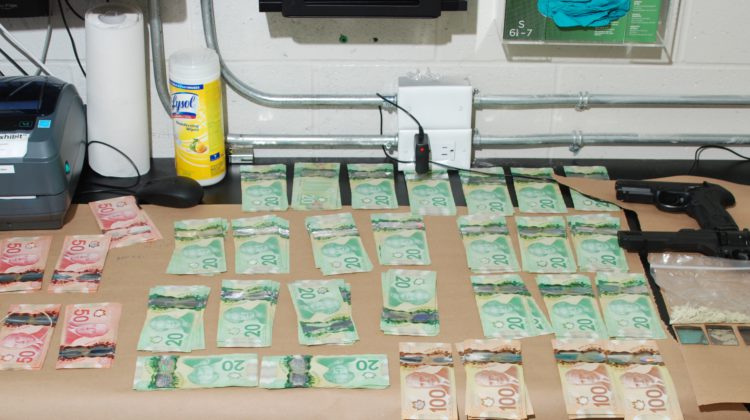 What started as a routine stop by police due to a truck with a camper for having inoperable tail lights, led to a hefty haul of cash and potentially dangerous street drugs.

Trail and Greater District Detachment RCMP stopped the vehicle on June 15, 2020 at 11:51 p.m. on Rossland Avenue in Trail, BC.

The driver was then arrested once police discovered that the driver was allegedly prohibited from driving in the first place.

The situation went from bad to worse the police found the driver in possession of illicit drugs.

“RCMP searched the truck incidental to the man’s arrest and discovered approximately 21 grams of a substance believed to be fentanyl, paraphernalia consistent with drug trafficking, two BB handguns and approximately over $11,000 in cash.” Sgt. Mike Wicentowich said in the June 16 release.

The 36-year-old man from Trail will make his first appearance in Rossland Provincial Court on September 17.