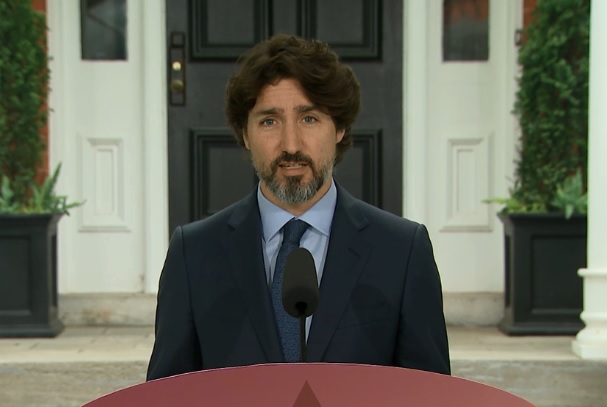 It was a long pause of 22 seconds of silence Tuesday morning from Prime Minister Justin Trudeau when he was asked to comment on the actions of U.S. President Donald Trump.

“We all watch in horror and consternation about what is going on in the United States…it is a time for us as Canadians to recognize that we have our challenges as well. There is systemic racism in Canada. It is a lived reality for racialized Canadians. We need to see that as a government and take action but not only as a government as Canadians. We need to reflect each and every one of us about what we can do to build a world with more respect.”

When asked again to comment on Donald Trump threatening military force against protesters, Trudeau once again paused and did not comment directly on Trump.

Trudeau also announced the government is working on supplies of “millions of syringes” in anticipation of a vaccine for COVID-19. Trudeau said that working with worldwide suppliers is important to keeping Canadians safe.

“At the end of the day, one of the best ways to ensure we have what we need, it’s to make it here at home.”

He said half of the supply of face shields have been made in Canada and that the federal government is partnering with four Canadian companies, on what could be a breakthrough of rapid testing for COVID-19. Trudeau said as the country starts to reopen there must be supplies to keep Canadians safe.