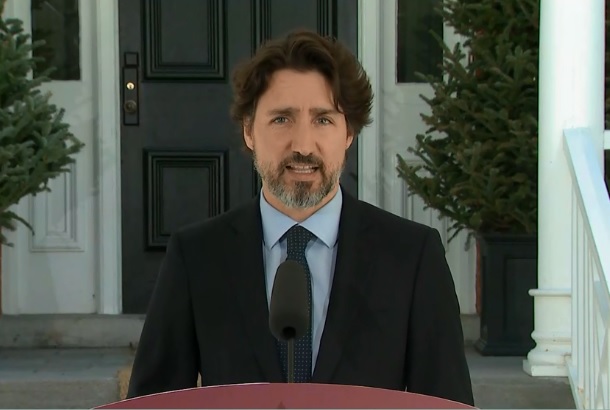 The Prime Minister has outlined what needs to be done to continue to gradually re-open the economy. In his daily briefing on Friday, Justin Trudeau said during the first minister’s meeting with provincial and territorial leaders on Thursday evening, they identified three key areas that must be in place.

The first is to ramp up testing capacity, so new cases can be detected and isolated. The government is working on purchasing reagents and swabs to be distributed to provinces and territories that need it.

The second, is the need to accelerate contact tracing, so when a case is diagnosed anyone who may have been in contact can be notified quickly. The government has employees trained to do 3,700 calls a day, seven days a week, while Statistics Canada has employees that can do 20,000 calls a day.

The third, is making sure data collected across the country is shared with provinces and territories so the progress of the virus can be closely monitored. Trudeau said all premiers recognize the importance of testing and he says the government will be there to facilitate and fund escalated testing efforts. Trudeau said testing is crucial as COVID-19 still remains a serious health threat.

Trudeau also announced a new website to help Canadians sort through the multiple aid programs provided by the federal government. It will help determine what program you may be eligible for by asking a few questions and then directing you to the program most suited to you. You can find that website here.

Trudeau ended his daily briefing by addressing escalating racism against Canada’s Asian community. He said vandalism to buildings, monuments, and businesses has been growing over the last few months.

“Hate, violence, and discrimination have no place in Canada. We need to speak out against racism wherever it is found so we can stand up against it.”