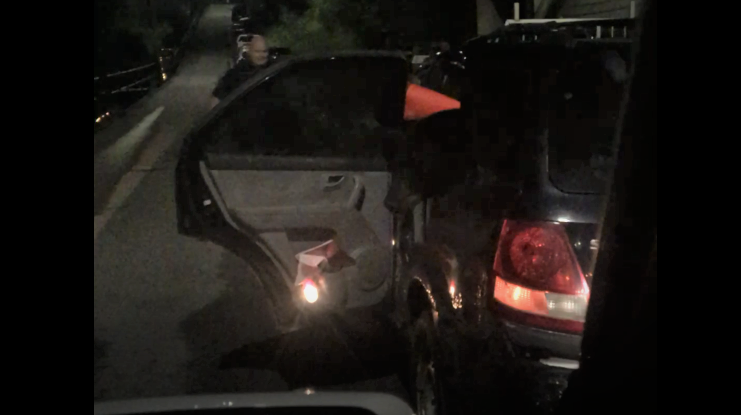 Black bears are smart and they have a nose for finding food.

They also have the claw dexterity to open car doors if left unlocked.

That is precisely what happened on May 17, 2020 when Trail and Greater District RCMP and BC Conservation officers arrived to a not-so-grizzly scene of an adult black bear stuck inside a vehicle in the 2100-block of Topping Street in Trail.

“RCMP attended and discovered the black bear had managed to open the door to the unlocked vehicle, enter, and subsequently trapped itself as the door swung shut behind it,” Sgt. Mike Wicentowich said in a release. 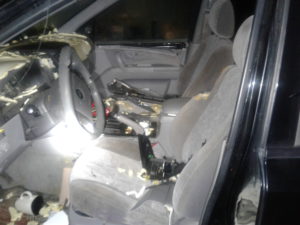 Once inside, whether the bear was searching for more food, an escape, or pondering its new normal… The bear did “considerable” damage to the interior. (supplied by RCMP)

With some quick thinking, RCMP were able to safely open the door with the assistance of a traffic cone.

The bear left the scene and no injuries were reported.

As for the owner of the vehicle, she stated that she had left garbage in her trunk with the intent of disposing of it the next day.

RCMP strongly discourage securing garbage inside vehicles as it acts as an attractant, and to always lock your vehicle doors.

Locking your doors will also prevent theft by people as well as hungry bears.