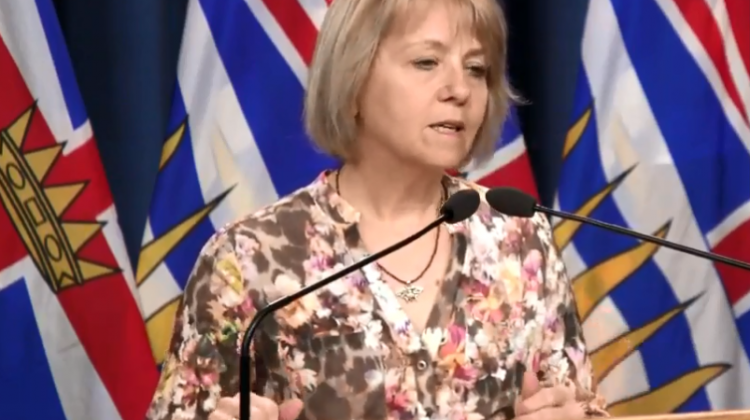 As the COVID-19 pandemic continues to sweep the globe, 27 new confirmed cases are in B.C. as of Tuesday. April 14th, totalling 1,517 in the province.

Meanwhile, in the Interior Health region specifically, 141 confirmed cases have been reported.

According to Dr. Bonnie Henry, Provincial Health Officer, 62% of B.C. residents that have contracted the virus have since recovered, as 942 people are reporting to be symptom-free following infection.

Three more deaths have been reported in long-term care homes, two in Vancouver Coastal and one in the Fraser Health area.

Henry said that Public Service volunteers have stepped up to help provide for people in self-isolation around the province after they have returned from travel elsewhere.

“We are in this together, and this is our way of supporting British Columbians who are coming back home. We need this for now, and we need this for our future because this is going to be an important piece that we do going forward,” said Henry. “We expect that this border control effort will be going on for some time.”

“I am acutely aware of the suffering and loss being felt by people who use drugs, by their families and their communities,” said Henry. “We are not letting our response to this crisis, overtake the importance of our response to our overdose crisis.”

Henry added that items have been put in place to address both crises in B.C. to ensure that drug users can get the help they may need and any possible COVID-19 prevention and treatment.