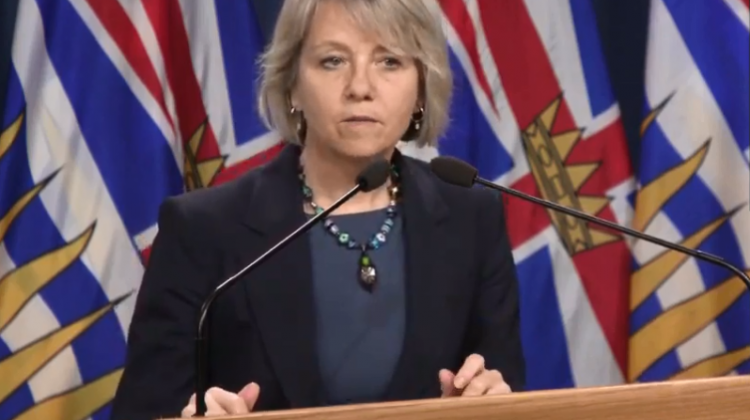 As the COVID-19 pandemic continues, the number of positive test results rise, increasing by 43 on Tuesday to bring the total in B.C. to 1,013, with 107 in the Interior Health region.

As of March 31st, 507 people in the Province have recovered from the virus.

Provincial Health Officer Dr. Bonnie Henrey said that five more COVID-19 deaths have been reported, bringing the total for B.C. up to 24. Four of the reported deaths come from the Vancouver Coastal region and one was in the Fraser Health area.

According to Henry, Interior Health is investigating the first large community outbreak among temporary foreign workers living at a West Kelowna agriculture business.

“This business has been closed to customers and Interior Health became aware of the number of workers with respiratory illness, and they have now tested positive for COVID-19,” explained Henry. “The business is being quarantined and everybody is able to be isolated in their housing.”

Henry also spoke of several guidelines used for industrial sites and law enforcement officers to keep consistency in the application of orders put in place.

“We need to work together on ensuring that people are taking the measures that we need to take, whether that’s being in quarantine if you’ve been in contact with someone that is sick, or being in isolation if you are sick yourself or have returned from travel outside of Canada. Those are legally enforceable orders by public health,” said Henry. “We’re all in this together, and that ensures us that people aren’t hiding things and that people aren’t afraid of coming forward and working with us if they become sick.”

Changes have also been made to first responder protocol, to help better protect its workforce. Henry said that to avoid exposing as many first responders as possible, paramedics will be the only members to respond to many medical calls unless backup is needed.

Henry concluded her daily update by saying that extensive testing is being done in the province, once again adding that the coming weeks are an important time for B.C. residents.

“We must be true to who we are, here in B.C. and we know that most of us are doing the right thing 100% of the time. No one is immune to this virus, but everyone can make a difference,” concluded Henry.