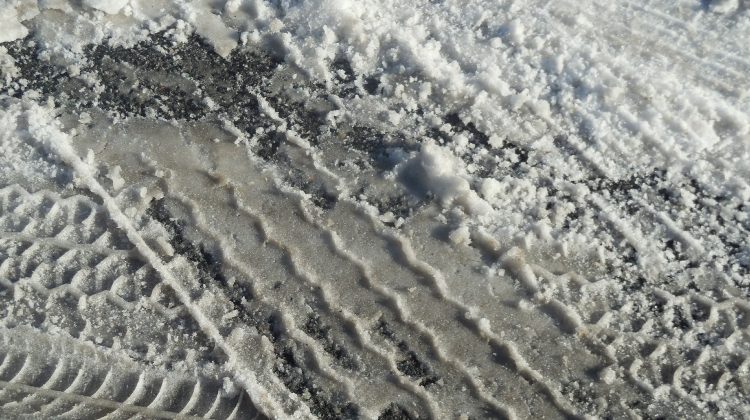 On Friday a driver lost control of her Honda Civic and collided head-on with another diver who was then sent to hospital.

The same afternoon in Fruitvale, a 21 year old man in a Chevy truck hit a Ford 150 as its 78 year old driver pulled out unexpectedly onto the roadway. The older driver reported that he did not see the other vehicle due to the high snow banks, obstructing his view.

The following evening in Fruitvale, an 18 year old failed to stop at a stop sign due to icy conditions, slowly sliding into another vehicle, only causing minor damages. That night near the Birchbank Golf Course, the driver of a 2004 Ford Ranger lost control and wound up in a snowy ditch.

On  Sunday on Highway 22 near Genelle, BC a male driver of Castlegar also lost control.  This time a 2010 Toyota Tacoma. The vehicle luckily undamaged and towed out of ditch, nobody was reportedly harmed.

Police ask that if you have 4-wheel drive or all-wheel drive, use it. Also, to add weight to the back end of your light vehicle for better weight dispersal and traction.