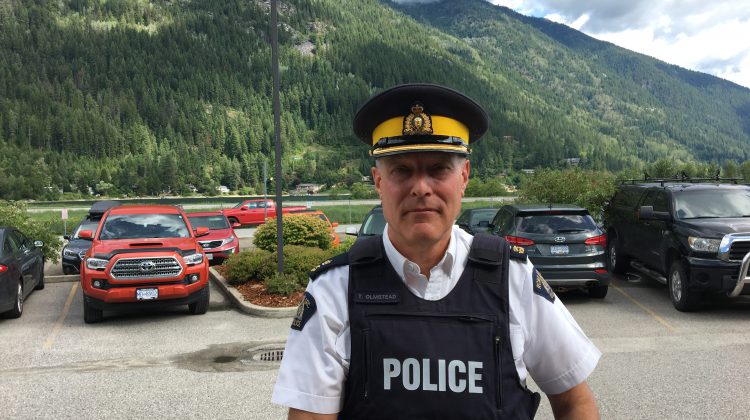 KOOTENAYS, B.C. – The officer in charge of the Kootenay and Boundary RCMP is sounding the alarm over low staffing levels.

On Thursday, inspector Tim Olmstead held a presentation in front of the Regional District of Central Kootenay board of directors, stating that several detachments have severe issues with attracting and retaining police officers.

“We need boots on the ground and that costs not only salary dollars, but also transfer dollars. We see a significant time lag when a member leaves a location. We can go months without getting a backfill. The community and the members both suffer from an increased caseload”, Olmstead told MyKootenayNow.com.

Only two officers are stationed in Kaslo at the moment after a vacancy saw a third leave, with no one to currently fill the spot.
Olmstead also mentions similar shortages in Trail and Grand Forks, with officers being on call when they are not working.
The annual salaries in the Kootenay-Boundary RCMP, negotiated through the treasury board, is in the bottom tier of police forces across the country according to Olmstead, which might have contributed to the attraction- and retention problem the police force faces.

“It has been a multi-year lapse to even keep up with inflation that has caused us to fall so far behind”, Olmstead says about the pay in his detachment.