Artist paddles from B.C to U.S to document life on the Columbia River 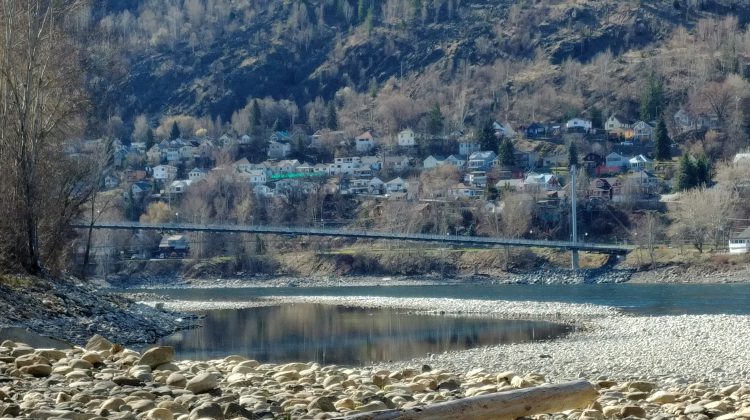 KOOTENAYS, B.C – A woman from Golden, B.C is paddling through the Kootenays on a river adventure that is scheduled to last until this fall.
Photographer and artist Claire Dibble first sourced the wood from watersheds and then proceeded to build the skin-on-frame kayak that is currently taking her along the length of the Columbia River.
Her journey started on July 1, in Canal Flats, at the source of the river.
She will be passing through both the east and west Kootenays, with the goal of paddling 20 kilometers per day.
The final stop will be Astoria, Oregon where the river meets the sea.

“I am aiming to create a portrait of the river and it’s people in 2019, amidst the renegotiations of the Columbia River treaty”, Dibble told My Nelson Now over the phone from her kayak as she passed through Edgewater, B.C. on the river.

It is the first time the 40-year old adventurer undertakes a voyage this long, and with the possibility of wild encounters during her nights sleeping in a tent on the riverbank, it is not without risks.
“I slept last night in my tent on an island where there was a gigantic beach. I woke up this morning and there was almost no beach. That is how much rain we are getting”, Dibble says.

The process in planning and preparing for the trip can be viewed as an exhibition currently on display at the Kootenay Gallery in Castlegar until August 21.
The plan is to, in the future, make an exhibition of all the materials she will be collecting during her trip, including the kayak itself.