Increased fire department funding a priority for RDKB at UBCM 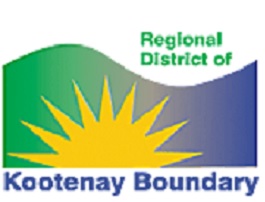 Some municipalities want more support from the Province when it comes to funding for fire departments. The Regional District of Kootenay Boundary will push the issue this fall at the Union of BC Municipalities (UBCM) conference.

Costs continue to rise, putting a bigger burden on local tax payers, according to board chair and rural Grand Forks representative Roly Russel.

“Whether its staffing, whether it’s capital costs, there’s more and more regulation coming down, we need some greater partnership and capacity to try and help navigate those challenges,” explained Russel.

It got a lot of support from the Association of Kootenay Boundary Local Governments and similar requests have been made to the Province before.

Another resolution being brought forward by the RDKB at the event this September calls for better communication with the forestry sector. Russel said the regional district has been working hard on trying to facilitate more interaction and consultation between local governments, the Province, and forest industry.

“It would engage, it would give people a better understanding of what’s going on in the forests around their homes and provide a good channel for local governments to funnel that information, that community sentiment back into the operations of those companies,” Russel stated.

He said it applies to the large public tenure holders like BC Timber Sales, Atco, and Interfor.

Another of the RDKB’s three resolutions calls for additional funding for local government victims services.

Here is the exact working of the resolutions which were approved at the June 12 board meeting: