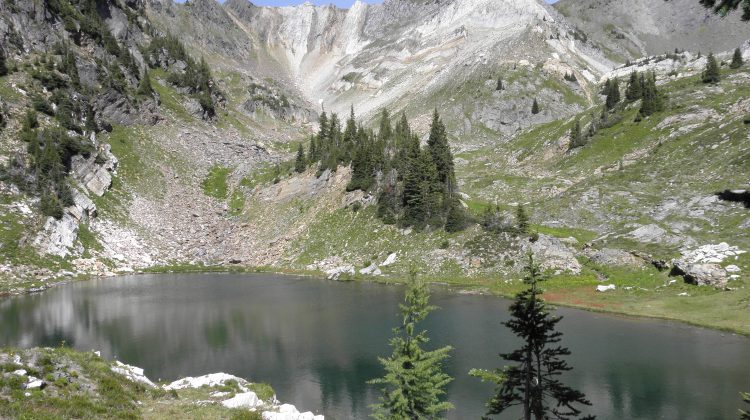 A local logging company is looking at different ways of harvesting an area near Salsbury Creek after evidence of three southern mountain caribou was found. A wildlife biologist was hired by the company who located scat and tracks in April.

The land is in the Argenta-Johnsons Landing Forest Development Unit and Bill Kestell with Cooper Creek Cedar (CCC) says the goal is to now develop a plan with input from the wildlife biologist.

“We’ve been out with Brenda and walked the area thoroughly and identified areas within this 85 hectares that have higher caribou habitat attributes than other areas within that same management area,” explained Kestell.

The area is outside of designated caribou habitat, although it is close to it, and there are no restrictions that the company has to abide by. Because of the presence of caribou however, Kestell says they will be managing in a special way. The goal is to maintain 70 per cent of the area and use strategies like single tree removal and variable sized cut blocks.

CCC held a public meeting on June 13 in Argenta to discuss the developments that have been underway in the area on and off for the past year.

“There’s been a lot of rumors about what we’ve been doing. It was time to show them on a map and discuss where we’re at with that development,” said Kestell, adding that CCC is open to community engagement.

A local group still isn’t happy with the plans though. Gary Diers, a member of Mount Willet Wilderness Forever, said they’ve been trying to get the Province to protect 6,200 hectares on the Argenta-Johnsons Landing face. It’s not only a beautiful area with tourism and recreation values, but Diers feels there should be more protected lands on Kootenay Lake. The dwindling caribou numbers now add an urgency to the campaign.

“We’re calling the Provincial government to now finally protect this area within the Purcell Wilderness Conservancy, what we’ve been asking for for quite a while now and it seems like the appropriate time. Now we need to protect the caribou as well,” Diers stated.

Diers said a petition has been signed by 85 per cent of residents in the area.  Nelson-Creston MLA Michelle Mungall brought it to the legislature last fall, but there’s been no word on actions moving forward. 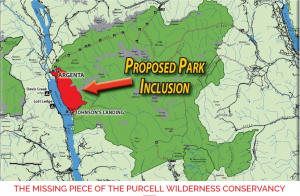