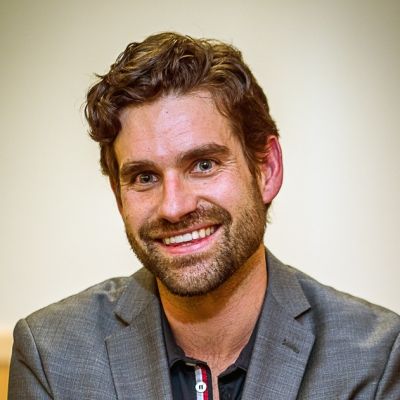 A Castlegar City Councillor disagrees with how an issue was handled last week in the wake of a national conference.

Bergen Price was the one councillor who didn’t attend the Federation of Canadian Municipalities (FCM) conference in Quebec City, but wants to address what he calls “unnecessary drama” that’s followed.

Tension rose at last Monday’s meeting as Mayor Bruno Tassone and Councillor Cherryl MacLeod were pressed about their activities at FCM, which included a boat tour on the Saint Lawrence River. Councillors Florio Vassilakakis and Sue Heaton-Sherstobitoff have been openly critical of their decisions and asked for an explanation on how it was good use of tax payer money. You can read more on that story here.

In a letter sent to media this week, Councillor Price said he feels this presented a one-sided view of the problem to the public. Instead, he suggested residents learn about a meaningful problem, a penalty that was enforced and remediating actions moving forward.

If he has a problem with a coworker, Price said he meets with the individual after collecting data to justify his position, but listens to their side as well. If a mistake is made, he would like the opportunity to address it in a calm environment and take actions towards making it right.

He feels council is not being perceived as “cool heads” and wants to see a change. He has addressed this with each councillor directly. Below is his entire letter:

I believe we can do this differently

I love being a Councillor. To be involved in decisions that are bigger than myself is a humbling experience. The City Staff (Chris, Lucas, Tracey, Nicole &amp; David) have been so welcoming and Bruno has been nothing but kind and supportive every step of the way. I have learned so much from my fellow councillors: Dan with his cool and collected approach, always makes a calm rational decision, Cherryl wears her heart on her sleeve and is never afraid to ask tough questions, Sue is so well read and knows everything about every topic, Maria is passionate and is an amazing communicator and Flo has a brilliant mind and his business savvy is second to none. I have an amazing staff, mayor and councillors to work with.

To be at the table with council and having open debate on projects that will change Castlegar for the better is why I got into this. Getting elected Chair of the Rec Commission has been an unreal experience as well. My goal as Chair is to continue the great work Past Mayor and Chair Lawrence Chernoff has put in and to make him and his son Jeremy proud. Applying for both 1M (100% gov. funding) day care and the 17 M (73% gov. funding) complex enhancement grants has been an exciting start. Jim, Audrey, Bruno, Rick, Andy and Dan have been wonderful and I’m excited to see what response we get back from the government. I cannot reiterate enough that I love being on Council and the Rec Commission.

Out of everything I like about Council, my one dislike is the unnecessary drama we can create. I feel there’s been too much lately and I believe it takes away from the good we are actually doing.

I’m a team guy at heart and where I work and what I’ve been involved with, I find the human touch is the most important part of being a good co-worker, councillor and person. Take an interest in your co-workers life, listen and be kind. This isn’t hard to do and it doesn’t mean to be overly agreeable or a door mat. This means to do your job and do what’s best for Castlegar while treating your co-workers and fellow councillors like people rather than arbitrary opposing figures.

If I have a co-worker that I have a problem with, I’ll collect data, meet with the individual, explain why I have a problem, roll out the data to justify my position and listen to the other party’s side. Then we’ll create actions to move forward and/or report to managers with details if need be. The citizens of Castlegar are our managers and I believe they would like to know about a meaningful problem that existed, a penalty that was enforced and a remediating action moving forward. I believe this is the professional way to handle a dispute internally and publicly.

I do not like presenting a one sided view of a problem to the public, growing this problem to the point that it over shadows actual projects and no one truly knows how to move forward. We’ve done this with our taxes, our ignorant question period comments and our FCM in Quebec. Does anyone know we passed Phase 2 planning of Columbia Ave last week? This is very exciting and was another great debate at the table over something that will last over 50 years. However it was overshadowed by something else that won’t matter in two weeks.

I feel this approach puts us all in a bad position and no one wins. I’ve spoken openly and directly to each councillor and they know I would like to deal with these instances in a different way. No grandstanding, backstabbing or game of thrones needed. I don’t believe that is what our taxpayer would like to see. Our managers want to ensure we are making our overall decisions based on facts and not irrational feelings towards other people. Perception is reality and right now we are not perceived as cool heads. I feel we can change this.

Look, I’m far from perfect, I make mistakes and I mess things up. I am a very flawed human just like the rest of us, trying to figure out what this game of life is. However, when I do make a mistake (and believe me I will), I would like the opportunity to address it in a calm environment and take action towards making it right. I wouldn’t like to read an article about myself or be put on the spot before I’ve been given the opportunity to address it at face value and give my side of the story. Moving forward, addressing issues with respect and professionalism is a road I’d like to go down. I know we have the council to do it!

Anyone who has come and attended our Committee of the Whole (COW) or Council meetings have seen a good mix of Castlegar citizens that are in fair debate of topics that have long lasting impressions on this City. We honestly all get along and I enjoy each of their company! We’ve even had citizens congratulate us on how we can host good debate and come to a decision. I feel this is our strong point and would like to focus on this and continuing the great job previous Mayors and Council have done.