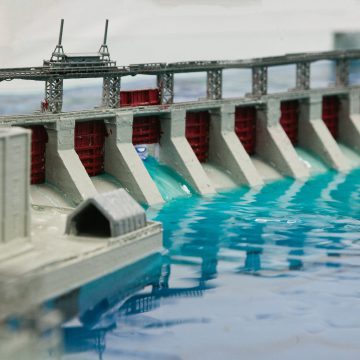 TRAIL, B.C – Engineers in Trail found that water impacts the effect an earthquake has on a large dam.
Now Austin Engineering will present their findings at a large international conference in Ottawa.
The company collaborated with FortisBC, the University of British Columbia as well as Selkirk College in the study, which used data from one dam in Canada as well as one in China, where earthquakes are more common.

“The seismic safety of new and aging concrete dams is becoming one of the most important issues in the the dam safety engineering field,” says Mary Austin of Austin Engineering.
Austin Engineering uses digitally fabricated dam models for hydraulic and seismic testing in-house, at both their own hydraulics lab and their research partner’s lab at UBC Okanagan’s Applied Laboratory for Advanced Materials and Structures.