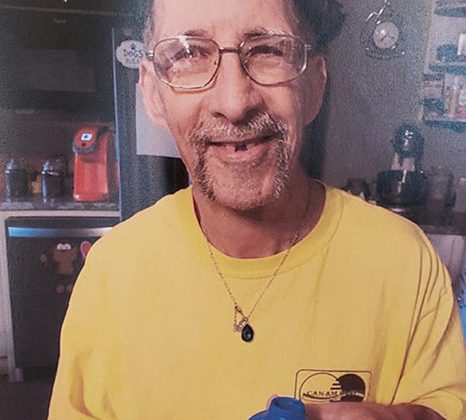 Update: Trail and District RCMP says Steven Sutherland has been located. Sergeant Mike Wicentowich would like to thank South Columbia Search and Rescue and the public for their assistance.

Trail RCMP and South Columbia Search and Rescue are asking residents to keep an eye out for a missing man.

Sergeant Mike Wicentowich says RCMP conducted patrols yesterday but weren’t able to locate Steven Sutherland and contacted SAR for help. The 58-year-old has a brain injury and RCMP want to ensure his safety.

He’s described as 5’1, about 120 pounds with a mustache, round glasses with silver frames and is wearing a yellow t-shirt with a black Special Olympics jacket, camouflage pants and white running shoes with red laces.

He was last seen in the Warfield area. You’re asked to contact Trail RCMP or South Columbia Search and Rescue if you see him at 250-521-0588.