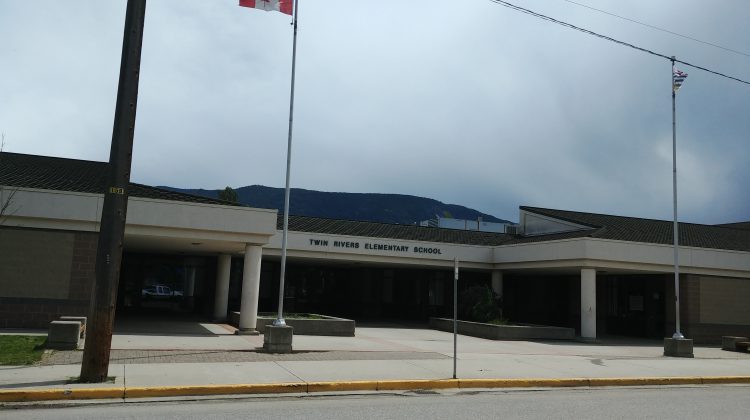 Twin Rivers Elementary School in Castlegar was evacuated this morning due to the smell of natural gas. The Castlegar Fire Department were the first to respond at roughly 11:00 AM.

“When we arrived on scene the building was evacuated, as per their emergency response procedures, and we quickly determined that the concern was coming from an area on the outside of the building near the gas meter,” said Chief Sam Lattanzio.

Similar incidents have also occurred at Castlegar Primary School in recent months, but according to Chief Lattanzio this is the first time they’ve responded at Twin Rivers in quite a while.

FortisBC crews arrived at 11:45 AM and the building was safe for re-entry by noon. Spokesperson Nicole Brown confirmed a leak was found at the meter and it was shut off.

She added, “this is a great example of taking the right step when people smell gas – leave the site and call us, and we’re were happy to assist and make the situation safe.”