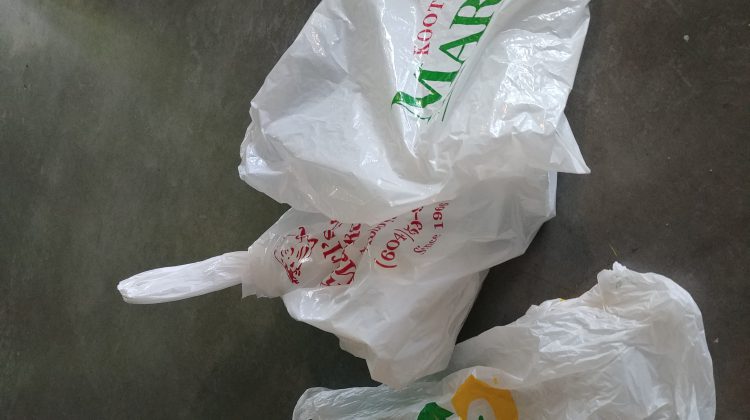 Plastic bags may no longer be handed out at the checkout counter soon in Rossland, unless they are recycled bags (Alex Skultety, MyKootenayNow.com staff)

Not all are in favour of Rossland’s Checkout Bag Regulation Bylaw which looks to ban single use plastic bags at business checkouts.

While it may be a good idea to reduce your plastic consumption, some questioned whether an outright ban was the best approach. Dan Haynes attended a public consultation meeting this week held by City Council and brought a number of soft plastics with him to demonstrate they can all be taken to the depot in Trail.

“They’ll take anything. The plastic your wieners are wrapped in. I take Saran wrap for our meat. Of course rinse it off, wash it and everything,” said Haynes.

He wants to see an approach that focuses on education instead of implementing restrictions on businesses and a City imposed ban.

“My wife and I are super huge on recycling and have been for 20 years since we had our three kids. I love this town, but what I see in this town isn’t what I’d say is a democracy. You’re going to have 50/50 saying yes or no,” added Haynes.

But others disagreed and felt the ban should actually go further and include more. Lisa Wegner shared her thoughts on Tuesday as well.

“Certainly there’s more and more zero waste stores cropping up in Canada and there are alternatives to Styrofoam,” said said in an interview after the meeting.

Wegner has been pushing the City to implement this new bylaw for the past two and a half years, but it’s been on Rossland’s radar for 12 years now.

“I find it interesting that we’re having such difficulty implementing the ban considering some of the places I’ve been all over Canada. An example is Montreal and Dorval, Quebec. They put in the plastic ban so quickly,” she iterated. Wegner feels the ban is necessary in order change people’s behaviours.

City council hasn’t yet passed the new bylaw but is aiming to in July. It doesn’t include plastic bags for bulk items, meat or fish, plants and a few other exceptions; however, bio-degradable and compostable bags would not be allowed. Enforcement of the ban wouldn’t be imposed on businesses until January 2020 to give them time to adapt. 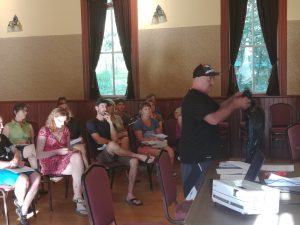