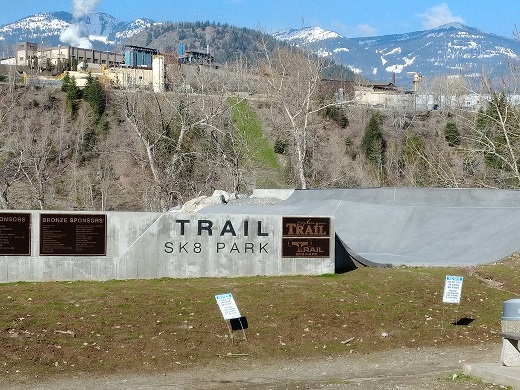 The City of Trail is looking to redefine the dog zone near the skate park. An amendment to the Animal Control Bylaw aims to make the lands immediately adjacent to the skate park an ‘on leash zone.’ It’s typically been an area where dogs are off leash and Director of Parks and Recreation Trisha Davison explained there have been some conflicts.

“We had a lot of interface between the users of the skate park and loose dogs which was causing a lot of concern in particular over spring break when the park was heavily in use,” said Davison.

The amendment looks to create a solution that suits both park users and acknowledges that many people take their dog down to the water to cool off in the summer months.

“We thought it does make sense for them to still be able to be off leash along the foreshore if they wanted to,” explained Davison.”They’d be leashed if they were in and around the skate park, and then once they got back to the beach area, they’d be permitted to be back off leash again, so we tried to create the best of both worlds for all the different users of the area.”

As the skate park’s landscaping gets underway, she feels this will better distinguish where dogs need to be back on their leashes.

While off leash dogs may still run into the skate park area, having good signage and public communication should help alleviate some of problems. Council approved the recommendation in the Governance and Operation meeting last week, and it will come back to regular council for first three reading on May 13 with final adoption planned for later that month.