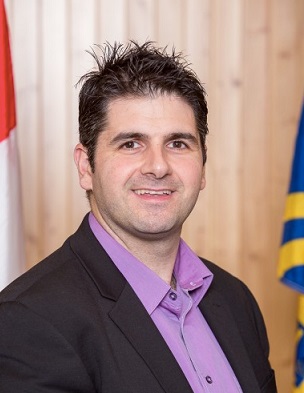 Castlegar city councillor Florio Vassilakakis spent $4,669 on his successful re-election campaign in October, the most of any candidate.

That was also just shy of the $5,000 limit for council hopefuls.

According to financial disclosure documents released by Elections BC this week, Cherryl MacLeod spent the next most at $3,657, followed by Sue Heaton-Sherstobitoff ($2,480), Bergen Price ($2,450), and Dan Rye ($1,835). All four were elected.

Brian Smitheram spent the most of any unsuccessful candidate, $1,446, followed by Nicole Hergert at $937 and Janna Sylvest at $882. Maria McFaddin succeeded in winning a seat on council on a budget of $866.

Among the mayoral candidates, Deb McIntosh was the biggest spender at $2,981. She was the runner-up in the race, behind Bruno Tassone, who spent $2,142. Incumbent mayor Lawrence Chernoff finished third and also spent the least, $2,037.

They were all well short of the $10,000 limit for mayoral candidates.

The full disclosure documents can be found by clicking here.